WrightNow Solutions has a niche in accessing and equipping talent for corporations and entrepreneurship. We are experts in talent development based on our track record of elevating people and companies to their next level success by upskilling talent with technology and digital training (hard skills), and the soft skills (the harder skills) ensuring people show up well prepared to interact and display leadership qualities in any environment. 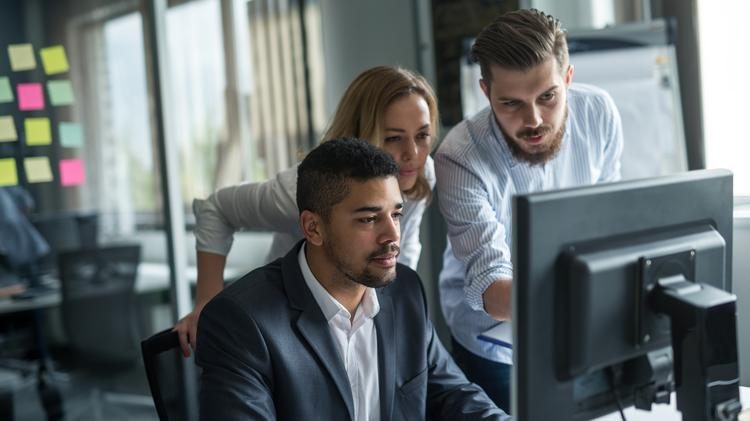 In today’s era many have moved away from this, however there was a time that most 20ish year old workers would count on being with a company until retirement if they so desired, doing the same job and employing the same skill set. Prior to 1970, the term “layoff” was largely unknown. Suddenly, it became common for large corporations to outsource increasing numbers of positions. Companies with global aspirations expanded into other countries, leaving their U.S. workers behind, relocating positions or entire divisions overseas to save money.

We may not have seen it at the time, but the age of reskilling had begun.

50 Years in the Making

Along with this paradigm shift, there was a great deal of controversy and resentment among displaced workers; these days, while many workers who experience displacement may not be entirely happy with the changes at hand, the dynamics are better understood now than they were decades ago.

Fifty years ago, adapting to this kind of change was a different proposition with far less options for displaced workers. Many opted for complete career or industry changes. Some chose freelance work or consultancies, which afforded companies suffering from the deep recession of the 1970s and early 1980s the opportunity to retain workers—some of whom they’d recently laid off—without all of the overhead of paying them benefits and contributing to their retirement funds.

With the rise of the Digital Age and globalization, the business environment became so dynamic that the kind of changes that disrupted industries and business in general began to occur every few years, rather than once or twice in a century. Businesses were forced to become more agile and responsive to industry changes and trends, and workers were expected to change along with them if they intended to remain employable.

Today, keeping on top of emerging trends and industry paradigm shifts has become a full-time job for businesses (no pun intended). According to Peter Capelli, director of Wharton’s Center for Human Resources, “Corporations filled roughly 90% of their vacancies through promotions and lateral assignments between the end of World War II and the 1970s. Today, that figure is one third or less.” Capelli says that 75% of corporations that were surveyed report that they don’t view internal candidates as strong candidates for vacancies. They tend to rely on the “dwindling pool of new candidates” instead of offering reskilling opportunities in-house.

Why should a company exclude workers who are already well-acquainted with the organization from consideration for available positions? It doesn’t seem practical, and company sponsored in-house training and reskilling programs represents an area that demands increasing attention.

As it turns out, this phenomenon has resulted in vast opportunities for organizations that train and support businesses, and for workers who’ve made it their business to remain relevant by studying trends and amassing as many skills as they can while they do enjoy employment.

While some companies are still well behind the curve, others are seizing the opportunities these new trends represent with gusto. Some organizations, such as Amazon, have crafted in-house retraining and reskilling programs, while others engage outside specialists to develop these programs.

Companies like these offer onsite, on-the-job participation for workers, or offsite paid training. These third party organizations typically partner with organizations to facilitate in house training or community organizations to create programs that equip participants with the needed skillset and connect these career changers to career opportunities.

So, whether you’re a company, an entrepreneur looking to develop a specialized program for a new enterprise, or a worker looking to bolster your skills, it appears that once again, the prevailing market forces are likely to afford you solutions to many problems over which corporations and workers alike once despaired.

WrightNow Solutions has a niche in accessing and equipping talent for corporations and entrepreneurship. We are experts in talent development based on our track record of elevating people and companies to their next level success by upskilling talent with technology and digital training (hard skills), and the soft skills (the harder skills) ensuring people show up well prepared to interact and display leadership qualities in any environment.